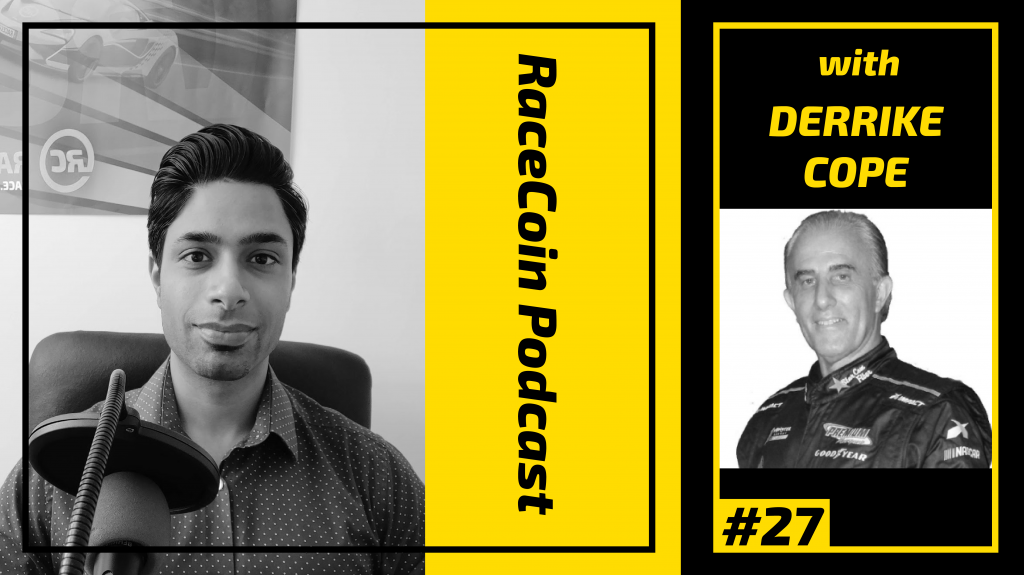 Q1 — Explain to me a little bit about your journey. How did you go from a driver to now a team manager?

It all started when Mike Kohler from StarCom Fiber wanted to sponsor Derrike as a racer. That opportunity led him to eventually managing the entire team!

Q2 — How has the pressure been different in the various roles that you’ve played?

The pressure of being a driver is immense, as you’re performing at such a high level and you’re only as good as your last race. It’s a different kind of pressure when you own or manage a team. It comes from a broader perspective of competition, competing as best you can and not settling for mediocrity.

Q3 — Do you feel like you have more or less control as a team manager compared to a driver?

As a driver, a lot of things are out of your control. You just drive your heart out and everything else is simply left to be. As a team manager, there are more aspects to manage while at the same time still focusing on the driving side since you also want to be able to provide the best environment for the driver to thrive.

Q4 — So, the message I’m getting from you is that each side has its own pressures and neither is necessarily more significant than the other.

Obviously, as a driver, there is much more pressure physically, especially at the higher levels. As you run a team, the pressure is more in the numbers, making sure that your team can have the best possible parts and pieces, including the best possible working environment.

Q5 — Do you feel like you have a higher degree of control now?

Derrike admits he feels like he has a ton of control, his wife and him essentially running the whole team themselves.

Q6 — What would you say is a significant difference in the way you have to approach your day as a manager? How is the mentality different from that of a driver?

He’s constantly on the racetrack, even driving for his team just last year, so he honestly doesn’t feel too far removed from still having the mentality of a driver. His biggest struggle while he balances the driving mindset with the managing mindset is that when he makes suggestions, it needs to be for the benefit of the entire team. He has to be cognizant to not think only in terms of driving, but managing the team as a whole.

Q7 — Can you tell us what makes you happy right now?

The fact that he can still be at the race track every week, waking up and looking forward to going to work. Also, knowing that at the highest level of motor racing he can still put a quality product on the racetrack and give the team a quality perception in the marketplace for the owners. Those are the things that make him happy.

Q8 — You treat your team as your own. How did you feel like this was the team you wanted to stay with and take ownership of, as opposed to, say, just another team you want to win with like any other that you would manage?

The fact that the team owners had admired Derrike Cope as kids and wanted to sponsor him as a driver, and then subsequently asked him to be team manager meant that they put a lot of trust in him and treated him as part of a family.

Q9 — How have you and your wife managed to work together while still keeping the relationship intact?

Derrike’s wife loves the sport just as much as he does, which he believes is the underlining glue that makes them able to spend every waking moment together and still keep the relationship intact. It helps them keep their sanity!

They met at a race while she was doing marketing for her father’s team.

Q11 — As a manager, what are some daily tasks that people might be surprised to learn that you still have to do yourself?

He’s in charge of shock absorbers, so a lot of the time he’ll still run for parts. And since he manages the budget, he’s involved in most of the purchasing decisions.

Q12 — If you could do any race over again, which race would you choose and why?

He’s quick to mention the 1998 Daytona 500, the race Dale Earnhardt placed 1st in. Derrike Cope says his car that day was faster than Earnhardt’s, but his victory was thwarted when he was hit exiting the pits. Until that moment, he thought he was going to win his second Daytona 500 and he’d loved to see how that race would have played out had he not been hit.

Q13 — Looking back at your 40 years of racing, management, and ownership, where did you originally see the trajectory of this journey taking you compared to where you ended up today?

Derrike Cope is amazingly fulfilled when he looks at where his career has taken him. From the beginning, he always wanted to race stock cars and he was lucky enough to be able to do that for such a long time and with tons of success.