#17: Jeff Segal – a founder, driver and coach for Ferrari – shares his journey to success 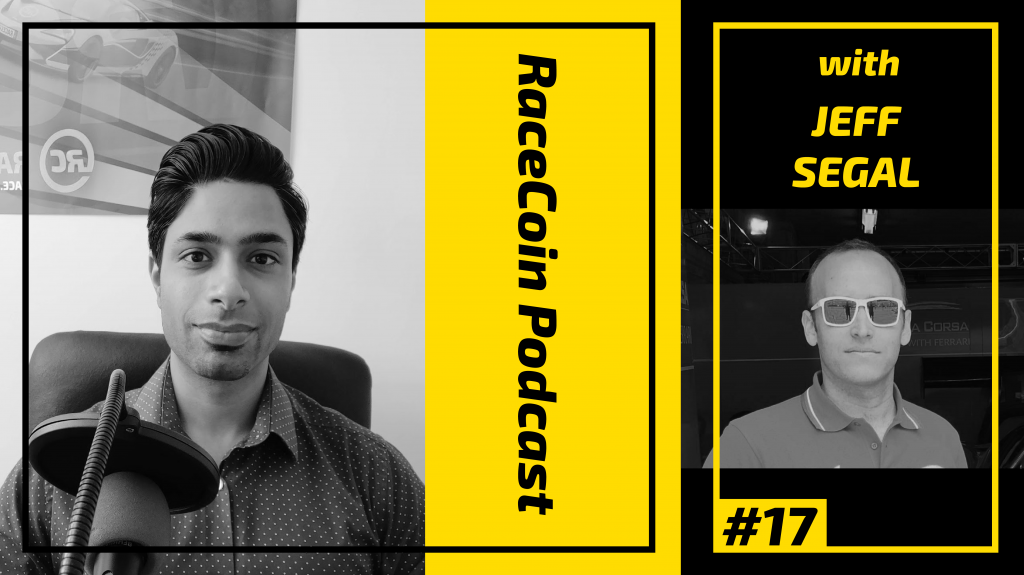 Jeff Segal grew up around cars as his dad had a passion for the auto industry. Growing up watching racing on TV, he tried to kick down the barriers of convincing parents.

Q2 – What sort of barriers did you have?

Convincing his mum isn’t the worst thing in the world. And as a kid, it’s one of the worst hobbies you can have according to a mum! They got Jeff Segal a backyard go-kart but he was in 125cc kart – this was way over his head and hard to handle. It was sink or swim. Jeff is still in touch with the guy that got he into the kart and asked him what he was thinking. And his response was ‘You didn’t die, and things worked out well!’

It was like a video game to Jeff Segal, the transition wasn’t hard and learned manual racing. It was a steep learning curve. Driving cars that he really didn’t know how to but it has been sink or swim for most of my life and fortunately, things have worked out.

Q4 – How did you manage to get sponsorship and people to give you those opportunities to sink or swim?

Right place at the right time. One of his team-mates moved onto GT, left and he managed to get Jeff the opportunity.
And more and more just transitioned from there as they performed well.

Q5 – People see champagne in your face but what’s the reality that people don’t see?

The hard work is done away from the race. The race is just the last part of the entire thing. Finding the right people, the right drivers, the commercial backing. Jeff Segal managed to have a long and successful relationship with Ferrari and won some of the biggest races with. It took a lot to prove that the programs they had a worth supporting and gaining their trust to be able to compete at the highest level. But once you do it once, the barriers fall down and it gets easier and easier. Once you have some success, it’s easier to market yourself to other teams and be a part of that effort. It takes a lot to set it up. But it’s not that if you haven’t prepared you can’t win as you can always have a fortune but in reality, all the work is done away from the track

I’d say 10%. Some high-level people just turn up and drive and that works for them but for me, it’s never been like that. I have to put in the work. I like to be actively involved, I like to know everything about the, team, the car, and the opportunities. And this really puts you in a great situation for the races.

Q7 – Being a private coach for Ferarri and sustain this – how did you manage that?

Better luck than good – is a saying. When I worked with Ferrari clients who want to learn how to drive who have no experience – they want to drive the cars and decide they want to become serious. Some go to GT3, and there is an eco-system which is easy to be a part of, with the dealers and the more relationships you create within the brand – the better it gets.

Q8 – People have said great things about your characters – how did you manage to create this reputation very well?

Probably owing to the traditional route. I have had to work harder as I didn’t have the long resume people normally have so had to prove myself. I have to understand the off-track components and tried to be upfront, transparent, but having a work ethic that is not just arriving empty-handed. Getting things done and being an active experience.

Q9 – How did you start a company for a driving simulation called GPX lab?

Jeff Segal used to play video games and had a passion. But in FIA I had an experience in 2014, which was a race on the other side of the world, where I had never competed, and showed up blind for practice and had to share the car with 2 other drivers. You have minimal practice time, which is fair. Some other guys were up to speed straight away whereas I was still finding my feet. And after speaking to them, they said we used a simulator in Europe. It’s more readily available in Europe and the feedback is great compared to that in the US. So when I had a selfish necessity to use it and realized it wasn’t available in the market, I teamed up with some people in the UK. Purchased a simulator and we have a technical relationship with them too. And now we have found our own feet, added our own car models and things of that nature because I think simulations are needed for drivers. If you look at F1, Indycar and top-level racing – the big factory teams are preparing on a simulator and it’s really helpful. So if it’s helpful for them, it would surely be helpful for other people. Especially for a gentlemen driver and amateur drivers.  So it’s for people who need that time learning.

Q10 – What is the biggest difference between a simulator and the real thing and how much of a difference does it make?

The biggest difference is that there are no consequences for crashing. People don’t like to admit this but it’s true and highly affects the way people drive. It changes your philosophy. And what we try and push very hard on people coming to train is that what you put in, is what you will get out. You have to treat this like a real track. It’s okay if you crash, but it’s weird being in a simulator but if you are crashing 10 times in the 1st 5 laps it’s very unlikely that you would drive like that.

I have a lot of clients that use it. Using the reference lap for data, and look at the gears, where are people braking – and emulate a driving style starts to work. You get to learn other people’s lines and learn from them. See what works. This was extremely helpful. You don’t feel like you are on a new track. You know what you need to do when you get in the car.

Q11 – How are you spreading your time with so many things?

June is typically crazy but I like to be busy. Le Mans is a major race. Being surrounded by good people – other teams, good coaches. There are quite times too so during that time you do your homework and prepare.

Q12 – How can you help others to get to where you are today?

Have goals – not just long term goals. What are you looking to do and why are you trying to get there. These are things you have to question about yourself. I wanted to compete at Le Mans – it wasn’t something I stumbled into. I took decisions that helped me get there each step of the way. You are trying to finish well but you interact with the right people to be able to do that. The co-drivers, the teams, the manufacturers, the sponsors and if the opportunities arise – take them. You have to have a plan and then execute on them. That doesn’t mean it will always work out, but it’s about giving yourself the best chance.

This is a big thing about the simulators that I see all the time. So many talented drivers. But you see their work ethic in a quick snapshot when they drive on the simulators. They struggle – they give up straight away. And it’s really important in the industry where so many people want the spot you want, that you have to put in the work. Especially when people are prepared to pay for a spot that you want to be paid for. This makes it a very cut-throat industry. And it means that you have to be critical about many aspects to be able to improve. And it boils down to how badly you want it. If you are willing to make the sacrifices, and not go out, the lifestyle choices, partying with your friends. All these things feed it. And there are plenty of drivers that don’t have the dedication but still got it all and there are those who try really hard and still don’t have it. So that says that if you try you may not get anything. But if you don’t try are guaranteed to not get anything.