#4: Marvin Dienst – You have no control over your mind 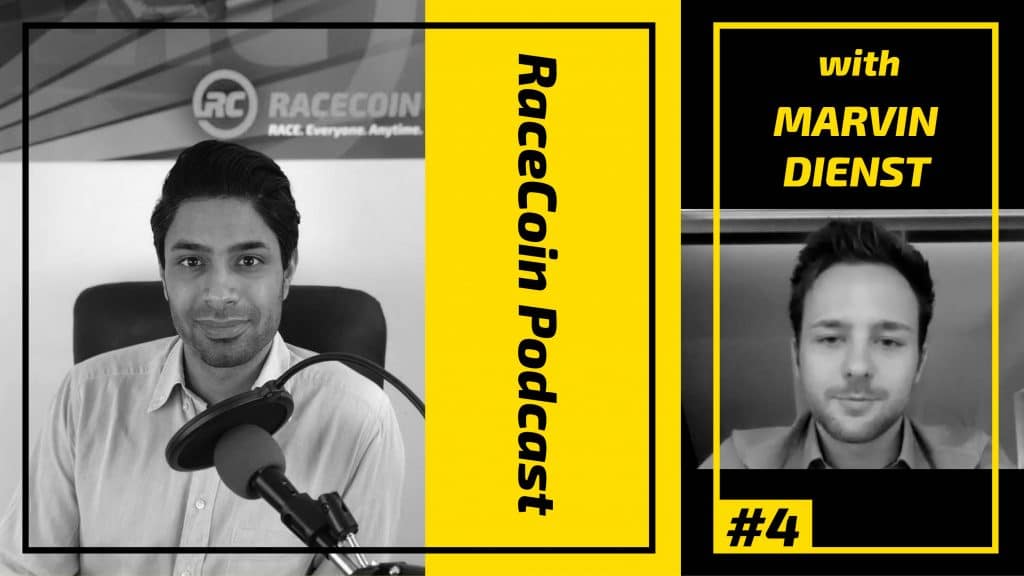 Q1 – Let’s kick it off with the most important question and what’s on everyone’s mind – pasta is your favorite food? What’s that about…

Pasta is what it’s all about in this biz!

Q2 – 2017 was a great year with a 2nd place in World Endurance Championship – how was that?

Incredible, from traveling, Le Mans, traveling the whole world – it was a dream come true. From there he got a couple of wins and competed as one of the youngest teams while performing so well and by far the best year.

Q3 – Who inspired you and who are your idols?

No parent or family member that raced before. His dad repairs trucks and car tracks and the owner said let’s go into it. Normally you aren’t allowed to drive there and then Marvin started to get into a passion for it, then got into German Championships. And suddenly jumped into a race car when he was 14.

When you are young you only look at formula 1 but as time goes on – your opinion changes. Like crashes change you. For e.g. Alex Zanardi is one of his idols as he is someone who lost both his legs and carries on. Went onto Paralympics and carried on. Showed how much passion he had for the sport.

Q4 – What is your biggest fear?

The biggest fear is not staying healthy. If you have any fear of driving a car your in the wrong business. He trusts the car even more after his crashes. No matter what he does even crashing at 200km/h he still didn’t even break a single rib and removed his fears.

Planning doesn’t work in motorsport. From tomorrow he can have no more cockpit, and you can’t plan. You can only plan 1-2 year at a time, this puts a lot of pressure on your mind and requires mental fitness. Every season you know it can be your last season and as a young driver climbing up the ladder, any mistake you make can be the last mistake you ever make. When you get used to the pressure and withstand it then you can carry on. But it’s quite a major step in the journey.

Q6 – How do you handle the pressure?

You have to be fit in your mind. They think about a crash negatively, rather than thinking about the experience of being alive and learning from it. He’s been to Mclaren MTC, where he learned about his brain and how to remove fear. To look at a different angle at life. In the worst things, find the light. It took a few years to understand when he was really young.

Never give up. One door closes and another opens. Many times he’s come 2nd and life could have been easier if he came first. He was disappointed and killed him from the inside. So this is when he looked for the million other doors. And this was when he was able to open up. When you think too negatively about small issues, just go ahead and positive things will follow. No matter how bad it looks, just carry on and it will change in your favor.

Q8 – Knowledge action gap between knowing you should move on and actually doing it – how to overcome it?

You have to self analyze, and acknowledge something is wrong. Then step 2 is to think of a way to change.

Q9 – What traits do you think allows any driver to come first and stand on the podium?

You have to recognize something is wrong, then think about a way to change it. His trainer used to work with Usain Bolt before he won. His starts aren’t good – so the trainer’s advice is to focus on your strength and turn it into super strength. So find something you are good at – and turn it into the best. It doesn’t have to be at everything. Motorsport has so many aspects like physical strength, mental strength, consistency.

Q10 – What was the key point that changed your life?

A professor walked in and said you can’t control your brain. Some argued and said clearly you don’t believe me. He said ok, please close your eyes and do nothing but breathing but do nothing else. Everyone thought ‘Yeah – so easy.’ Within 2-3 seconds your mind is distracted. And then your mind is floating all over the place. I was meant to just focus on my breath and here I am not even able to think of what I was meant to. And when traveling at more than 300 km/h in motorsport, 1 second is about 100m gone and this could finish the race, lead to a crash – this changed his perspective on life. Question everything in life and hopefully, it can help to understand yourself better.