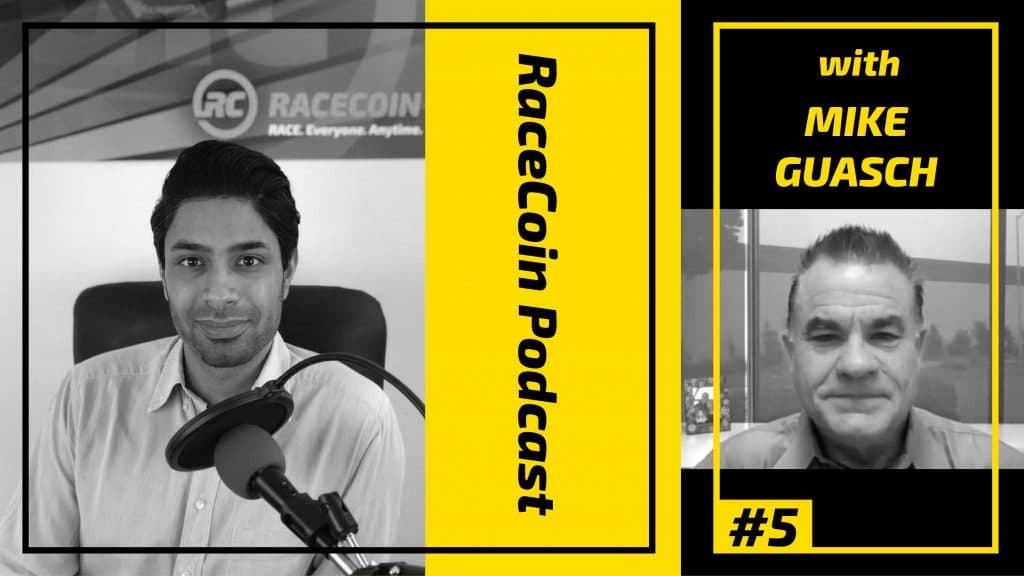 Q1 – The Gentlemen’s driver movie has come out…how’s the reception been?

The recent launch of the documentary has led to great feedback and global launch in February. It’s going to be on Netflix too. Started in 2015 and then just got the cameras rolling and filmed most of the LMS form the 2016 championship. Primarily at Silverstone where he ended up winning.

Q2 – Quote from the movie: To succeed as an entrepreneur, you have to LEARN TO FAIL, which means to learn from those mistakes rather than allow those mistakes to consume you. – How much has this mentality played a part in your achievements?

Mike Guasch has been racing since the age of 17, from dirt track, raced jet ski’s – where he achieved 4th in the world and realized he couldn’t make a career out of it. And then became an entrepreneur and in 2005 he wanted to get back to racing. He took a class and thought how he learned how to drive a car properly. You have to learn how to fail. It’s so much harder than it looks. He found himself dead last and had to come back to the basics.

Q3 – As the CEO Molecule Labs what’s that journey been like and what sort of parallels does it have to racing?

So similar. It’s just a fight. Business is just the same thing. This is his 10th business in 20 years. You have wins and failures. And you just got to keep digging. Same thing for racing, eating well, preparing and it’s such a discipline. You have to stay disciplined and it will pay off.

Q4 – 2011 British GT Championship – GT3 and 1st in 2016 – European Le Mans Series – LMP3 – many recent victories at such late stages of your career. What’s the level of gratification of that?

When in his 20’s he was on a local stage but soon it became national – and the wins were a lot more enjoyable. His business also became international and he was spending 3 years racing in Europe. As far as parallels to business – racing is a business.

Q5 – Where is the pressure and drive stemming from?

What makes him tick – racing drives him. Business is a means to an end. Something you have to do support your family but he NEEDS to race. It takes a lot of time to race.

Q6 – Retirement – is it something you are considering?

Considered retiring in 2008 and thought he was retired but to race properly you need time and money. To have both is really really difficult. You have to be able to train and work. So Mike Guasch was hoping to retire from the company and just take it to the next level in racing.

Jealous of pros who get to do it all the time but they have very little money. Whereas he can afford to live well and practice and training.

Q7 – What does typical week entail for training

Going to the gym is major, trainer, full gym for racing, cardio machines, simulators, weights, neck work. At his age he has to out-train everyone. He has to work a lot harder and he doesn’t mind.

Q8 – Throughout all the things you’ve done, worked, achieved – what has been the most important to you?

Racing and business that`s all fine but he’s married for 22 years, it’s really having a great family. His wife is a sports freak and his kids come to the races. Daytona 24, they stayed up together. Daughters now 19 – she used a fake ID to get into the pits. They are part of it, watch him on TV.

Q9 – What is the best way to have what you have to pursue their dream?

Just keep digging and the biggest learning just focuses. Mike Guasch thinks he isn’t able to but it’s something to work. Doing one thing at a time. Not trying to train 15 different ways. No distractions for which cannot get you to your goal. All decisions should be towards that goal. It’s easy to say but hard to practice. So easy to say let’s just go out and do this and that, but you have to be disciplined.

It’s about choices especially when you have money and time but it’s not going to be done well if you don’t focus on one thing. Always on time, prepared without that you are just floundering.

Working hard to secure deals and get back to LMS in 2019.