The other side of the coin 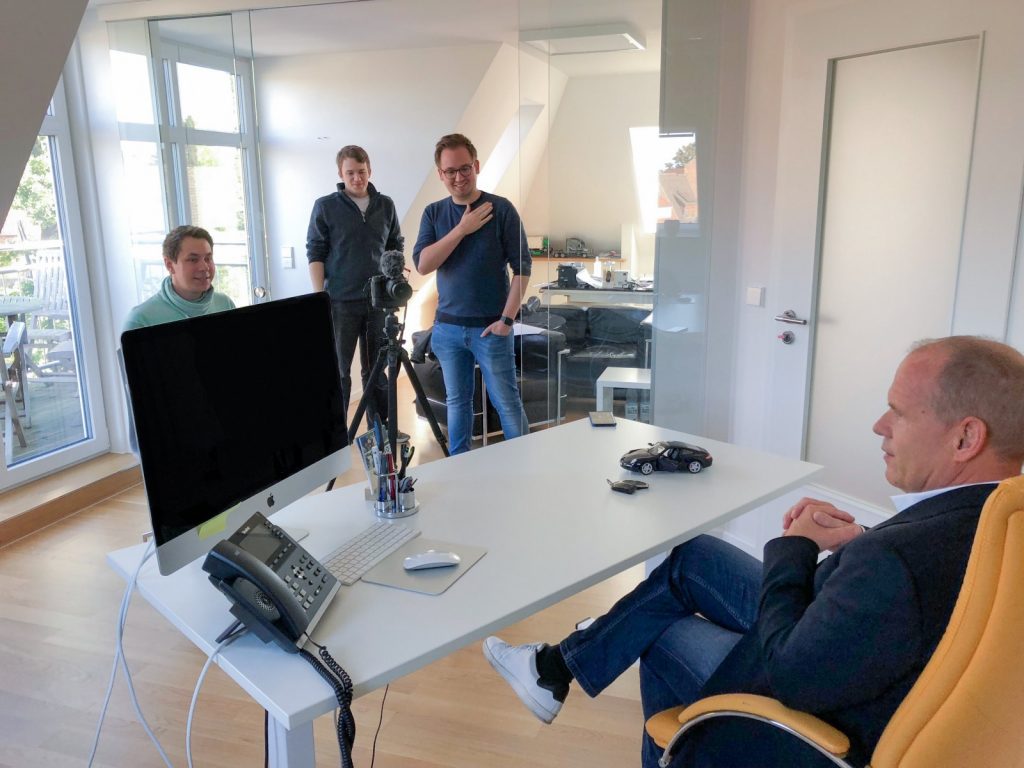 Meet Joachim: a man aiming to revolutionize motorsport thanks to ‘Phantom Racing’, which allows drivers to race against anyone, anywhere in the world — but not necessarily at the same time. This astonishing new technology is developed by RaceCoin, using blockchain to store the data.

He’s a serial entrepreneur who says he’s “not interested in making money.” But that’s far from being the only surprising thing about Baron Joachim von Behr: the CEO of RaceCoin.

The 55-year-old German made his fortune in real estate, although he was born into an aristocratic family that still has a famous ancestral home in Latvia. His wife is also Latvian — a complete coincidence as they met in Germany — but he doesn’t speak Latvian apart from the odd word.

An idea is born

And yet it was in Latvia, a tiny Baltic country with a huge passion for motorsport, that the whole global concept for Race Coin started. Joachim wanted to build a circuit there but was wondering how to pay for it. By thinking outside of the box — a specialty of his — the idea of RaceCoin was born: a way that people could help to finance their motorsport passions.

“Our original idea was to do something in Latvia called ‘No Limits’ because there aren’t any noise limits and other restrictions there,” says Joachim. “But we soon realized that the scope had to extend outside of Latvia too, and then the whole concept gathered momentum until we arrived at where we are now.”

The beauty of RaceCoin is that it doesn’t need an in-depth understanding of blockchain or technology to appreciate its benefits, and it’s an idea that was born out of pure passion rather than as a strictly commercial proposition. Hence Joachim’s assertion that he isn’t interested in making money.

“Instead, it’s all about creating something exciting and new that people trust,” the German points out. “Phantom Racing is an exceptional concept that’s going to change the way we look at motorsport.”

The technical side is still being developed but there has already been a huge amount of interest. “Perhaps the thing that surprised me most is the way we have reinvented ourselves constantly during this project, with the plans getting bigger and better all the time,” adds Joachim. “The other thing that’s amazed me is a huge enthusiasm there’s been for RaceCoin.”

Joachim’s passion for cars and motorsport was nurtured in the best possible place: behind the wheel. He’s owned various Porsches, including the iconic RS models, over the years and he’s an enthusiastic driver — which is why he ended up building his circuit (which should be up and running within the next couple of years). This circuit will also provide a showcase for RaceCoin’s unique technology, which will capture race data to be stored on the blockchain.

“How I’d describe our product is this,” explains Joachim. “It’s an entirely new technology platform that enables the whole of the motorsport community to come together, drivers to race each other on real circuits wherever they are in the world, fans to bet on race outcomes, and everyone to benefit.”

Joachim likes traveling, sports, and relaxing in the countryside in his spare time. Especially in Latvia. “About two million people are living there and most of them are in Riga,” he points out. “As a result, the rest of the country is pretty empty.” In other words, the ideal place to build a race track — and also to find the headspace to think big. Extraordinarily big.

“Perhaps some people wonder ‘what is this crazy Baron doing?’” concludes Joachim. “But RaceCoin is something that we believe in. And we’re aiming to revolutionize motorsport with it.”