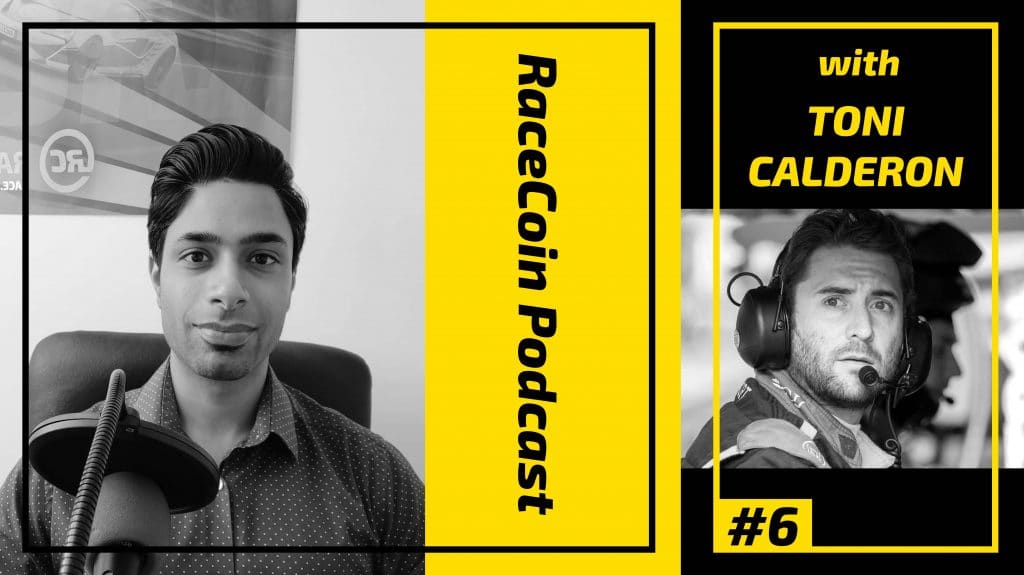 Q1 – Tell us about how you got into Motorsport and created this new documentary?

Toni Calderon has been in the motorsport for 17 years. Was a race fan who wanted to be up close and wanted to be a driver but parents didn’t let him. Got lucky by getting friends with a Mexican driver in 2001 – by saving money and going to the races with him- Toni Calderon. This way he got to be behind the scenes and eventually when his friend got moved up to Indy Car – he asked for a job. In 2003 – got to see be part of everything and started Speed Group a few years ago.

Q2 – By starting from the bottom and learning the ropes – it must have made a difference to your level of experience?

You have to understand every level – you know what it takes to do those jobs and appreciate how hard they are. It’s not easy without knowing some simple tricks. The little nuances – it’s easy to show them shortcuts with his staff. It gives you legitimacy in the industry – so gives you a sense of community.

Q3 – As you’ve progressed into an executive producer, why did you choose to do it about the Gentlemen Driver?

Toni Calderon says: The documentary is about really successful businessmen that race cars at the highest levels of racing. This is something that most people outside of the racing world haven’t heard about. In different types of racing – there are pros vs amateurs, which are endurance races. The amateurs who have millions get to play with the same people. In the documentary, Ed Brown helped to grow a multi-billion dollar brand. They take time off around 70-80 days to play with pros. So you can own a baseball team but you can’t play at the super bowl, whereas in racing you can. Toni was managing a guy called Ricardo Gonzales, a very successful business and when doing a promo video – Toni explained what a Gentleman’s Driver is. Which is when he explained the concept to a few people and they said this would be really interesting for ‘other people to make’. They came up with a pseudo-trailer.

Q4 How did you go from a documentary nerd to a producer?

“If I watched a documentary – what would I want to see, the topics, the theme and feel for it”. Then he made a trailer which really ended up with catching the bug for making it. Well maybe there’s a way to make it work, then asked a production company who were friends. Then after getting a budget and figuring out the stakes on it, then they would hire someone to make it. Then with the budget + trailer, they went to friends in the industry to see if someone wants to invest and in 3 days he had the money. If we hire people who can film this and in the racing world using the contacts it was underway. When they were in Austin – a lot of filming was done and hired a director. From then it was just winging it!

Q5 – What was the biggest misconception you had prior to completing this documentary?

How long it takes. Underestimating time. The second one was a filming nuisance, underestimated editing. Putting it together is an art and hired an editor. It’s the most important position. Who’s going to take the 100’s hours of the story – turn it into a film. Bunch of mini-stories initially which made no sense. Making sure people are captivated the whole way through.

Q6 – How did you manage Speed Group while doing this documentary?

Everything was happening in one place – so a lot of multi-tasking. And at home found off-hours to do it. But managing people and race car drivers is a cool experience but frustrating at times. Dealing with unique personalities. Some of the times you have to babysit.

Starting with someone who can show you the ropes and do it all – be your racing consultant. So you can show up and drive.

Q7 – How has it transformed over the last 5 years.

Now changed from drivers to teams. A way to scale. Changed from 1-1, and ‘the drivers are like my little brothers.’ Corporate sponsors – racing teams we are helping with teams and strategy. As an entrepreneur, you figure it out as you go along.

Q8 – What advice would you give to someone?

For drivers – there is no right path, it depends on the person as there are so many different routes to take. Depends on age, country, funds, sponsors, personal money. Find somebody you trust and figure out your situation but don’t rush it. It’s very expensive. Don’t spend so much up front, and don’t have the experience and throwing money down the drain. Be fit, ready, mentally, physically, lower formulas before IndyCar

Q9 – Find people can you trust – where and how?

‘Talk to us!’ – it’s a small world. Ask around. Don’t be with someone who is jealous. A good reputation is likely to be good.

Q10 – What is Speed Group expected to look like in 5 years and the Gentlemen Drivers?

31st Jan the documentary will be released worldwide. He hopes it will inspire people. The guys in the documentary started from scratch. And set up a corporate team that they can run remotely, and some people want to join.