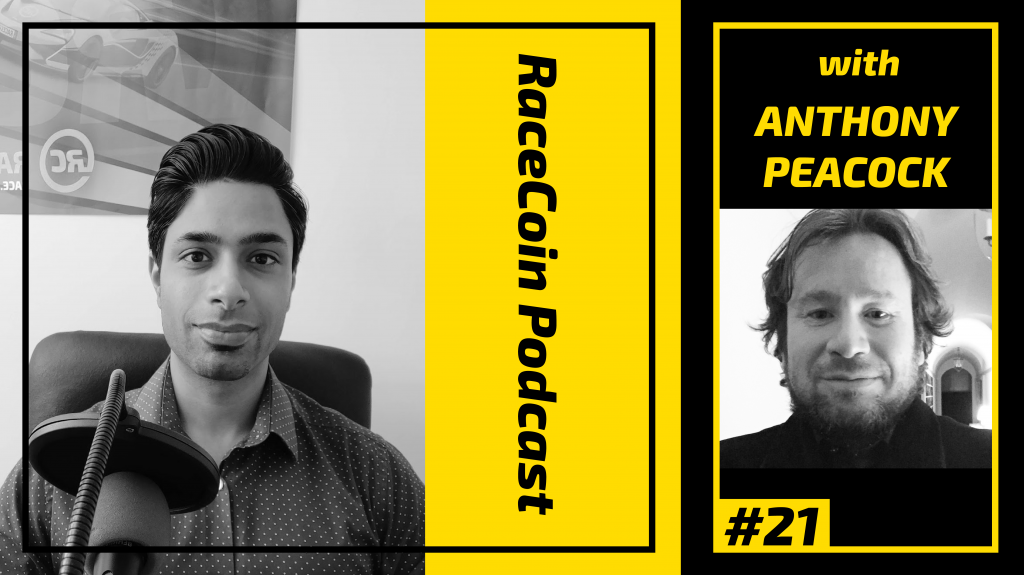 Q1 — How did you get started into this world of PR?

It was actually an accident. Starting as a journalist writing primarily about motorsport, he found himself being asked by drivers about how to get more media exposure. After noticing his suggestions were quite well-liked, he decided to make a career out of it, gradually moving from journalism to PR. He believes that to truly understand PR you have to be a journalist yourself because you can’t answer to what journalists want without knowing exactly what those things are.

Q2 — While journalists are attempting to uncover the truth, PR is about fluffing up the truth. Is that a statement you agree with?

Absolutely. In journalism, you tend to get better results from being as honest as you can. The job of PR isn’t necessarily about trying to persuade people, but to present the evidence in a way to allow the audience to make up their own mind. PR people are very sensitive to
criticism, but you just have to accept that. If the thing is bad, people have every right to say it is. If it’s good then hopefully people will say it’s good. If there’s one thing missing from PR it’s a higher level of honesty.

Q3 — How often do journalists end up finding the truth?

About ninety-five percent of the time. It’s generally a bad idea to cover something up because you’ll look like an idiot when it inevitably gets found out!

Q4 — Have you ever attempted to cover something up only to learn a valuable lesson or was it your principles in journalism that made it seem unnecessary to even attempt it, knowing the ease of being able to find out the truth in the first place?

He succinctly admits that even if it’s negative, he’d never even bother to try to hide it.

Q5 — How do you work your magic to present the truth in a relatable way and have people feel positive about it?

An emphasis on the positives works great. You can exclude the negatives as long as you’re not pretending things are different than what they really are. In the digital age of Twitter, any cover-up will be uncovered by someone just on their mobile phone! It used to be a lot easier to keep secrets than it is now.

Q6 — How do you feel that’s impacted the way you’re able to do your job?

Q7 — Tell us about what you’re working on right now and what ongoing projects you’re involved in.

Currently, Anthony Peacock is working with Pirelli and Formula 1, he just finished up at a rally in Portugal, and will soon be headed to the Canadian Grand Prix, supporting the in-house Pirelli media office. He’s branching out from motorsport as well, starting his own catering company. Even
he admits pizza is about as far from motorsport as you can get. No two days are typical, though, an average day usually split into small chunks involving many different projects,
some short-term, some long-term.

Q8 — How did people think you even had the skillset to do PR coming from the journalism side?

Anthony Peacock stays humble and isn’t even quite sure himself. He chalks it up to putting himself out there, making connections with enough people who could vouch for him, and having enough experience that they believed his opinion was worth having.

Q9 — It takes a lot of time and effort to start a business. What was it like going from a one-man role to building up a whole team in your own company?

It was a slow build. His team of five people happened gradually, starting from just his lonesome to adding people one by one. If you get too big too quickly, you’ll no longer be able to relate to your clients.

Q10 — You started the business when the need for your services was already in place. That seems to be the right way to start a business.

It grew organically with, honestly, not even much of a plan. Even Anthony Peacock acknowledges he’s not the best person to be able to sit down and write a business plan. The way the business grew was organic, not forced or contrived.

Q11 — What characteristics did you look for when looking for your right-hand man?

Skillsets are one thing, but the mindset is another. It can be difficult to find someone who’s willing to put the long, anti-social hours which come with the motorsport territory. Most people would prefer they spend their weekend nights with their friends and family or drinking at the pub, not writing press releases. The best person for the job is someone who can put in the hours and make the sacrifices. Motorsport PR isn’t just sipping champagne on the tracks. It’s hard work!

Q12 — I think the biggest myth of PR is that you’ll simply be enjoying the journey of interacting with people that you would already love to interact with, when, really, it’s a lot of long, hard hours. I mean it’s both, really. For example, you can get to interact with racing drivers in exotic locations and that’s part of the appeal, but it’d be a mistake to think it’s just that. No one discusses the daily grind! But the people who love it wouldn’t rather be anywhere else.

Q13 — What can people do to increase their reach in motorsport?

In terms of drivers, it’s being available and proactive. Even the best drivers need to be marketable and provide journalists and their PR agencies with interesting stories to tell about themselves. A lot of drivers are young kids and they just don’t think about what makes a good story and how to sell themselves. They’re focused solely on driving the car quickly. The truth is, a lot of people can drive a car quickly, but not many can drive a car quickly and be marketable at the same time. It doesn’t have to be complicated. Something as simple as uploading some photos from a recent rock-climbing trip to social media can suffice. It all helps. At the end of the day, a motorsport career is about sponsorship, and if they don’t know who you are or what you’re about, you’re shooting yourself in the foot.

Q14 — You’ve worked with many people within the last decade, if not longer. Do you have any interesting stories and anecdotes you’d like to share with the audience?

He’s reluctant to share any stories, mostly involving drivers acting silly and immaturely, including an incident involving a driver and a hotel fire extinguisher, and a well-known driver attempting to fit himself inside an airport x-ray machine! He’d love to tell a few stories but rather prefers to err on the side of discretion. It’s a family show, Anthony Peacock says. However, he’s quick to point out that he’s worked with many great people who don’t participate in this kind of behavior.

Q15 — Social media has changed the way we interact. What do you think the future holds in terms of communication?

There will likely be less and less of a role for traditional PR. People will be doing more things for themselves, likely even running their own campaigns. PR might transition into more of a guiding role, with drivers doing more of their own groundwork. More things will happen in real-time. People don’t want to wait for news anymore. This means having to be up at 3 am to deliver live coverage of a news story if need be. Later than live is too late these days. A digital world also means it’s harder to cover-up any sinful activities. People will need to constantly be on their best behavior!

Q16 — How does the PR world for motorsport vary compared to other industries?

For example, in Formula 1 racing you’re dealing with big sums of money, so any consequence of a wrong decision can be costly. Because of this, people will naturally be more sensitive and aware of anything that could cause a mishap or mistake. But he’d say the guiding principles are still largely the same.

Q17 — What is something you believe that is one-hundred percent right that not everyone agrees with?

Many colleagues say you should persuade a journalist or spin a story in a particular way. Having been a journalist, Anthony Peacock believes that this is just counter-productive behavior. If you badger a journalist, you’ll only get on his bad side and that could easily come back to bite you in the behind!