#23: Darren Turner: Cheeky promises get him the opportunity of a lifetime 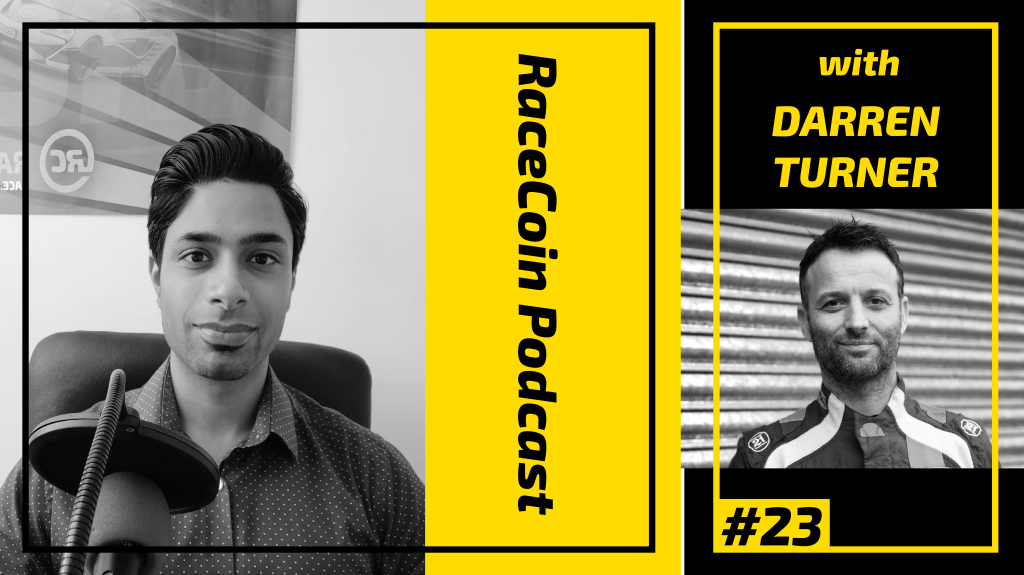 Q1 — Tell us about your driving experiences when you were a child. What got you into it and made you choose this as a career?

Although obsessed with Formula 1 as a kid, it still took Darren Turner a solid year to convince his parents to let him drive even a go-kart. He’d drive the local track pretending he was a Grand Prix driver, not even realizing it was possible for a kid like him to become one. That realization became a reality years later after showing off his talent as a Formula 1 mechanic, leading to his first driving position.

Q2 — At what point did you decide to actually turn it into a career?

It wasn’t a decision really, but more of an opportunity. Attending a racing school and winning the final sort of secured the deal in his mind. After that, Darren did everything he could do find enough money to start racing full-time.

Q3 — I know a lot of drivers mention luck and right place right time to get to where they are. You ended up a part of the GT Championship. Can you talk a little bit about that?

Most drivers don’t really get to choose where they end up. I mean, everyone wants to get to Formula 1! Unfortunately, there are only so many opportunities, so you really just end up where those opportunities take you. Darren Turner admits feeling lucky to have ended up at Aston Martin in 2004 as a development driver.

Q4 — You’ve had quite the career, winning Le Mans three times. Talk us through some of these wins.

We had some hiccups between ‘05-’06, so in ‘07 our victory was glorious. The pressure and the challenge make the win that much more bittersweet.

Q5 — What makes a race mean the most to you?

The most special are the ones where you can look at your own individual performance and know you did great. Normally it’s a collective performance that gives you the win, but it’s knowing that I did the best of my abilities during a race that carries the most weight. Every driver is looking for perfection!

Q6 — What’s your take on having that mindset of self-improvement, trying to be that person you want to be in the car?

Your development as a human is ongoing and if you rest on your laurels you’ve basically given up! He’s coming up on 20 years racing, and seeing the new generation of drivers coming up helps him learn to brand new things. The new generation’s techniques and approach is different, and while he’s always trying to improve on his own, having that fresh impetus definitely helps him evolve and stay sharp.

Q7 — What are some examples of things the new generation has brought to the sport?

They’ve raced with different manufacturers, so they bring lots of technical expertise to the table. They see things in a different way and drive with different techniques from previous generations. If one of these techniques cuts one-tenth of a second per lap, in a Le Mans race that adds up!

Q8 — Can you talk us through some of the changes in your perspective about racing over the decades in your career?

Honestly, not that much has changed. The motivation is still there — he’s hungry for performance and hungry for results. Of course, some things have changed — he’s got a family now — so naturally, the motivation is a little different than before. But he swears he’s just as driven as he’s ever been. You can’t take that out of the driver!

Q9 — What would you say to someone who’s starting up and hasn’t understood the balance of on-track versus off-track?

Q10 — What would you have done if you hadn’t chosen racing?

One hundred percent he’d still be involved in motorsports, but if he had to choose a profession that doesn’t involve engines and burnt rubber, then it would be something that lets him travel the world. He’s had so many great experiences traveling in motorsport that in hindsight he couldn’t choose anything else. He also has a love for yachts, so maybe he’d be sailing around the world in a boat.

Q11 — What do you see for the remaining of your career?

If he had to quit right now, he’s already done more than he ever could have dreamed as a kid. There are a few more years left at Aston Martin, though, and he’s doing more projects on the road car side. However, he still wants to continue driving until someone forces him to stop!

Q12 — A lot of people I’ve spoken to have transitioned into teaching or coaching. Is this something you’re at all interested in?

There are a few drivers he’s been coaching at Aston Martin, but he stays humble about it. Darren Turner admits he can be a bit too demanding and impatient sometimes, but his experience more than makes up for the few imperfections.