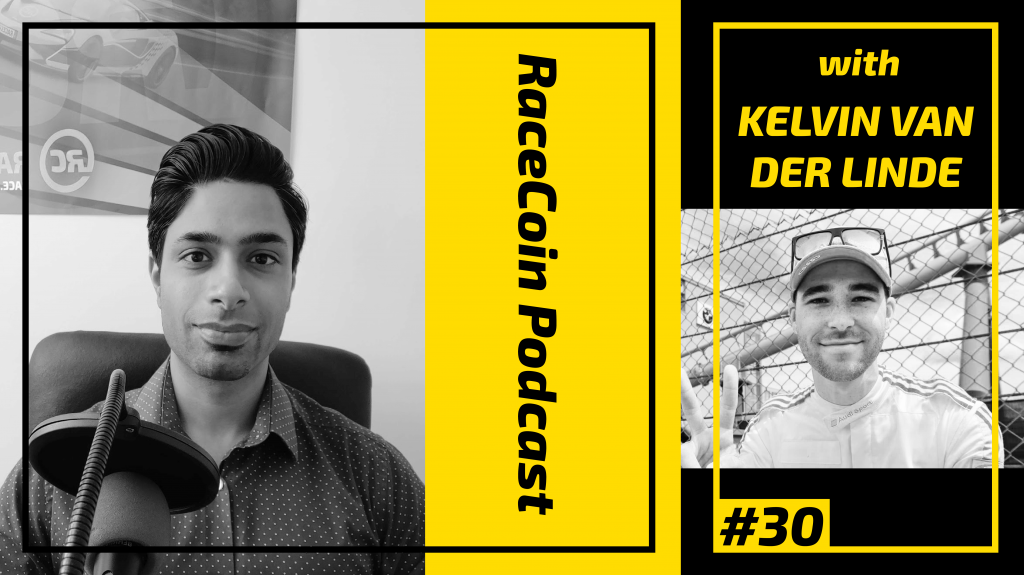 Q1 — What made you get started in racing?

You could say it’s in his blood. His father and grandfather were both race car drivers and as a kid, Kelvin was always at the race track in his pram!

Q2 — How involved were they in your journey?

Kelvin and his younger brother raced carts on the weekends, but it was really more about spending time with the family. They’d have their camper at the race track and set up a barbeque, definitely fond memories for him. As soon as he got serious about the sport, it obviously was going to become less and less about a family meetup and more about winning!

Q3 — What was it like beating your uncle’s record for youngest South African national champion?

Kelvin van der Linde was only 14 years old when he started in the championship, unheard of at the time. His uncle, however, was happy to see him taking on the challenge and succeeding admirably.

Q4 — Adrenaline plays a huge part in racing. Do you partake in any other activities outside of the sport that are also quite daring?

It’s difficult to match the intensity of racing elsewhere, but he participates in triathlons like many other drivers. Even though he doesn’t think he’ll ever find a sport that matches the thrill of driving, he sticks to outdoor activities… the more intense the better.

Q5 — I noticed you use the term “thrill” as opposed to “pressure.” What do you think allows you to interpret the intensity of racing in this way?

Kelvin comes from humble beginnings, so, in his eyes, racing is still very much a privilege. It’s hard for him to consider what he does, even at his lowest moments, something short of a blessing.

Q6 — And how did you manage to change that mentality from “pressure” to “thrill,” specifically?

It’s staying positive and staying thankful. It’s not going to last forever, so you might as well enjoy the ride!

Q7 — What are some other things in your world that you care about aside from racing?

On the business side, he’s started coaching young drivers from South Africa, and on the personal side, he’s trying to spend more and more time with his friends and family. You have to balance both sides!

Q8 — You spend time coaching young drivers in South Africa. How do you manage that living in Europe?

While he doesn’t have much time for literal hands-on coaching, he’s able to give lots of solid advice and context to drivers from abroad. He knows how drivers felt when they started and he’s quite enthusiastic to give guidance to those coming after him.

Q9 — What sort of pointers do you give to these young drivers?

Management and politics are completely different in Europe compared to South Africa. He’s trying to teach them how to transition properly, so they don’t have to make the same mistakes he did.

Q10 — How did the opportunity in Audi Sport come to fruition?

With a bit of financial help from his parents, he was able to win race prize money and put it into a season of GT Masters. He won the championship driving an Audi R8 and they quickly started discussing a successful future together.

Q11 — What do you think sets you apart from other drivers?

The jump from South Africa to Europe for him meant that it was all or nothing, not even a plan B. It’s that willpower of saying “I’m not going to lose” that he feels makes him unique amongst everyone else.

Q12 — Nürburgring is considered one of the toughest race tracks in the world. How did you manage to train and execute that?

Kelvin van der Linde admits that Audi took a gamble on him for Nürburgring, as well as being with the right car and the right teammates in that moment. He’s a big proponent of the stars aligning, his humility at work.

Q13 — One of your dreams is to win Le Mans. If you do win someday, what would you do beyond that? Do you have any other directions you see your career going?

He’s not shy to admit he’d love to win Le Mans, but winning all the major endurance races before he retires one day would make him the happiest racer in the world.

Q14 — What kind of message would you like to leave with other drivers who are also chasing their dreams?

There’s no escape from putting in the hours, but for racing, there’s no clear line. Occasionally it’s luck, there’s no way around it. But as long as you expose yourself and don’t have too many expectations coming into it, you’ll be on track to succeed.