#25: Pierre Kaffer: Want to drive on frozen lakes in the Swedish Laplands? 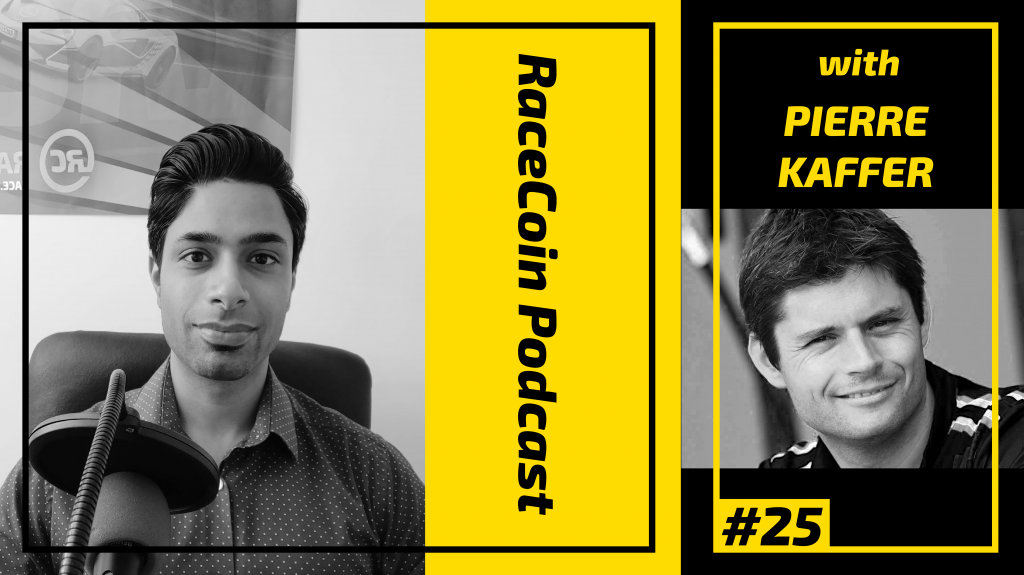 Q1 — You’ve been in the game for almost 30 years. What do you wish you would have known when you started?

Unaware of Formula 1 racing as a kid, Pierre Kaffer found himself attracted to go-karts. Only after his first kart race did he realize that racing was the one thing he wanted to do.

Q2 — How did you manage to get into the sport?

In his hometown in Germany, he’d constantly see people driving go-karts on the local track. He finally asked his father if he could drive, luckily he obliged, and the rest is history.

Q3 — How did you cultivate the unique strengths that allowed you to become successful?

Never planning on a career, he simply raced for the fun of it. Over time, he gradually got better, just taking it to step by step, race by race.

Q4 — Talk us through the journey of getting your first sponsorships. How did you take this sport from a hobby and into something serious?

In the beginning, he just looked to local businesses to sponsor him. When he started racing Formula 3, the higher budgets meant he could get bigger sponsorships, one of which recruited him into their racing family, his first big career milestone.

Q5 — Where do you think your strength lies in comparison to other drivers?

Pierre Kaffer isn’t just a driver, but someone who also understands the techniques of the cars he drives. He honed his skills as a race car mechanic for Zakspeed and took those skills to race, where he understood how to improve racing techniques from a mechanical standpoint.

Q6 — Even today, what would you say your weaknesses are?

Even he’ll admit that impatience can sometimes get the best of him, chalking it up to his immense love and passion for the sport.

Q7 — Are you referring to more on the track or off the track?

On the track, of course.

Q8 — Explain how all this translates into endurance races which you do more than others.

His fondness for endurance racing comes from the multi-faceted approach needed to be successful. Aside from driving, a lot of calculation and off-track strategy is required to win, from fuel and tire conservation to the synergy of the entire team.

Q9 — What is a common myth that is related to racing?

The team as a whole can sometimes be undervalued. You need to build up your team to have the best support and the best race car. If you have all the cogs training, working together, and trusting each other, it allows for the best possible outcome. It’s a cost-free tactic that gives him an edge in competition.

Q10 — Have there been any resources that you feel have helped you along this journey?

A good handling of his team and being able to bring everything together is one of the biggest resources he has. At heart, he is a people person and he builds his team to be the most successful they can be.

Q11 — You drove on frozen lakes in the Swedish Laplands. Can you tell us what that was like and what it’s all about?

Pierre Kaffer was able to rent a frozen lake, from which he then organizes multiple races. There are high speeds, varying difficulties, and freezing temperatures. He gushes that it’s a lot of fun with a lot of great people.

Q12 — You said that life is a race. If Heaven does exist, what would you like to have God say to you at the end?

Hopefully, God will put him among the other former racing drivers, including former great James Hunt, who he’d love to chat with. Maybe there will even be a race track up there so he can compete against the greats of all time.