Lighting the fire in Azerbaijan 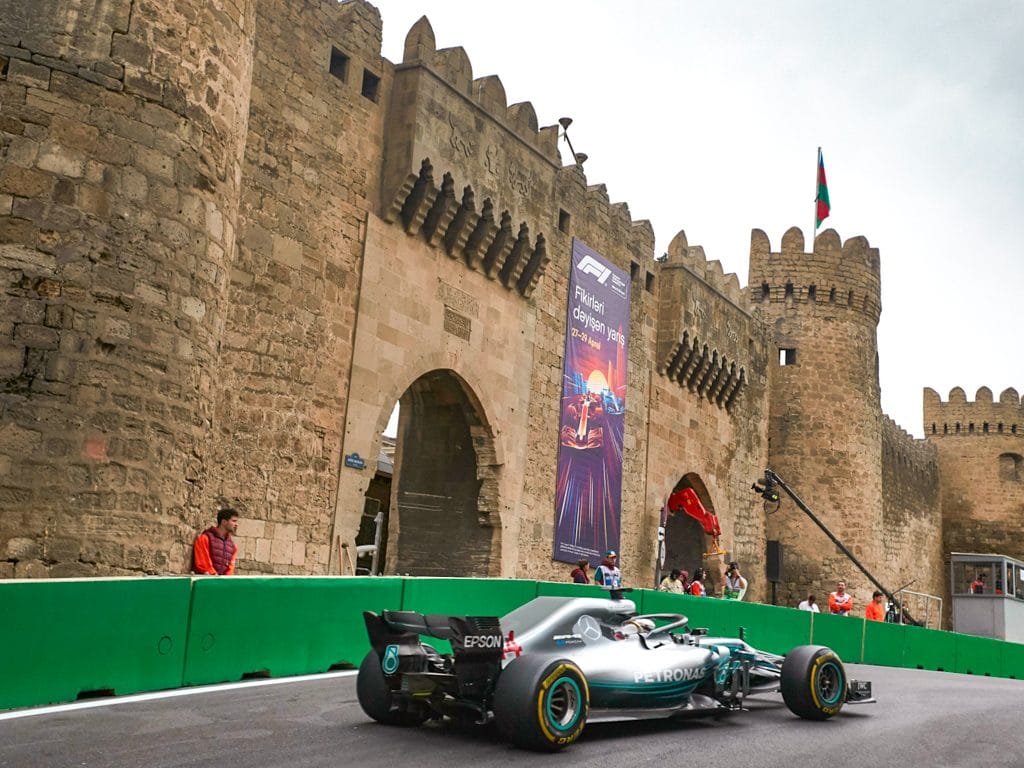 This weekend, Formula 1 races at the most unusual street circuit of the year, perhaps of all time. The Baku City Circuit in Azerbaijan features a two-kilometer straight, with the speeds of Monza combined with the narrow confines of Monaco. It’s like nowhere else on the calendar. But first some culture and history.

The official language of Azerbaijan is Azerbaijani, which belongs to the family of Turkic languages, and the name Azerbaijan derives from Oder-bey-can: a composition of three words of Turkish origin. Od (fire) and er (warrior) together mean ‘warrior of fire’, bey is a noble title still used today among Turkish people, while can means soul. So, the rather romantic full name is ‘soul of the noble warriors of fire’.

No surprise there: fire is a sacred cult inherited from Zoroastrianism, which was initially born in Azerbaijan and then diffused among other countries before becoming Persia’s official religion. And fire is also the very heart of the image of Azerbaijan and by extension its grand Prix. Fire symbolizes the natural resources of petrol and gas that have created the country’s wealth. There are two places close to Baku considered sacred on account of their links with fire: Yanar Dag (the mountain that burns), where there’s an eternal flame thanks to the gas escaping from the mountain, and Atesgah: the temple of sacred fire, again built on a gas pocket that feeds perpetual fire. It’s no coincidence that Baku’s two most prominent skyscrapers, nestling on the coastline next to the marina, are decorated by illuminations at night that replicate the colors of a burning flame.

Baku to the future

And when it comes to a passion for motorsport, the action is pretty fiery as well. That’s partly down to the Hermann Tilke-designed track itself: a street circuit featuring plenty of 90-degree corners, then a mixed section that goes up-and-down in the mediaeval heart of the city, with a wide variety of tight corners (especially at the beginning of the sector), which make overtaking very tricky unless you are exceedingly brave. Top speeds are also exceedingly high, elevating the risk to reward ratio.

The constant succession of safety cars and yellow flags maybe make the Azerbaijan race feel more like NASCAR than Formula 1. But it’s an epic challenge for the drivers and has also produced some thrilling racing: right up there with the world’s legendary venues like Macau. As such, what’s still F1’s newest circuit retains a pleasantly old-school feel. Enjoy the race.