#19: Oswaldo Negri – How his prayers won him the lottery! 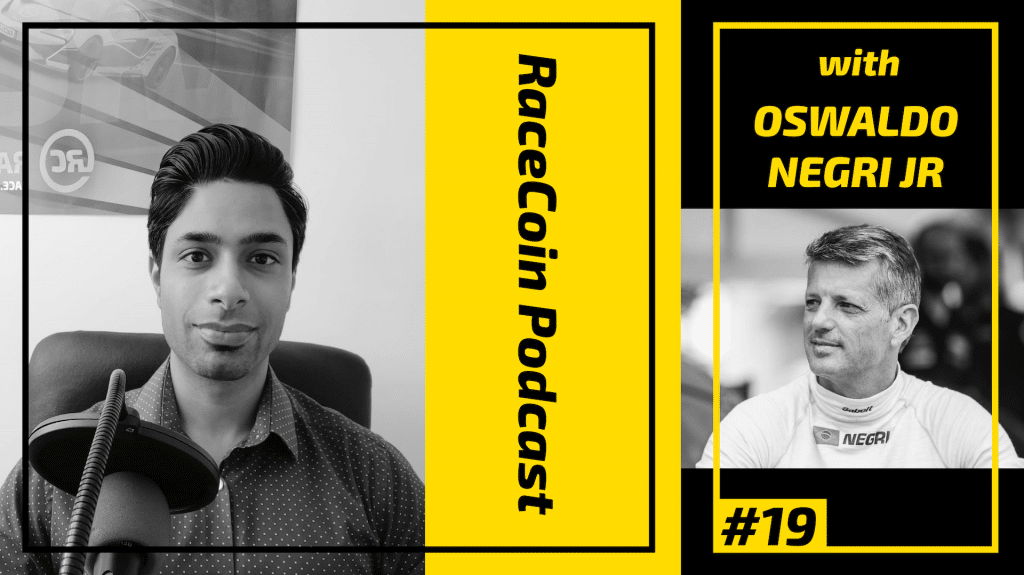 Q1 – What got you into motorsport?

On Sundays, Oswaldo Negri used to wake up at 7 am because there was a Go-kart race on TV. When Oswaldo was 8 that’s when he realizes that is what he wanted to do and he told his dad about it. His parents had opposed him doing it because they stated that it was too expensive. Oswaldo Negri ‘s dad told him, that he could race one day if he’s going to win the lottery. Oswaldo told him “I’m going to pray right now”. Two weeks later my dad won the lottery.

Q2 – What God are you praying to, how did that work out?

Oswaldo Negri just prayed. My Parents and Grandparents taught him how to pray as a kid.

I would like to be remembered as someone who gave everything he could in everything he did as an honest guy. It doesn’t matter what if you’re allocating the time for it. As I can do something the best of my ability and be happy with my performance, that’s the main thing, especially on the racing side. With Motor Racing business, you don’t know who you’re going to meet, so you have to keep your doors open.

Q4 – What will you say to people who are trying to still achieve what you are doing and have the work ethic that you have?

I didn’t give up. I went to England to try to be in Formula 1. I raced British Formula 3 in the early 90s. In the end, when I was close to approaching Formula 1, something happened that blocked that road. I thought all my dreams and my hard work it’s all gone. In my opinion, it was probably not meant for me to be in F1. My story was here in the US. I thought I would never be happy. I was even depressed. At age 55 I’m still racing. You have to have options – sometimes doors close but a better one is going to open. Persons need to be ready for opportunities. When you approach these opportunities while enjoying yourself you perform well in whatever you’re doing.

Balance of everything basically – the balance of my professional career and family. I do a lot of coaching. You have to find all the positive stuff that happens daily in your life.

Q6 – What is the most thrilling event you’ve ever participated in or potentially won?

The biggest race that I won was Daytona in 2012. We won the race and it’s hard to explain how much it takes to do it physically and mentally. That’s one thing I won’t forget, that feeling. After you taste something as good as that you go to a different level and that’s what you will look for while on track.

Q7 – Who and what inspires you?

I grew up in Brazil. It’s a great country, but it was going through a really rough time and there were only 2 idols at that time and every kid wanted to be one of them, Pele and Ronaldinho. I would love to hear Ronaldinho’s story.

Q8 – How has your definition of beauty changed over time?

I don’t think it changes, because you try to see the beauty in everything. I look at things positively, beautiful career, family and friends.

Q9 – You mentioned reading as part of your hobbies – is that something you still have time for?

I used to do a lot more than I do now. I enjoy watching series that are not Fiction. I have a couple of books that I love reading, one of them I read every year.

Q10 – When you see your career almost coming to an end if you’re still being called into a new contract that’s keeping you driving?

As long as I’m enjoying it, I’ll still continue. Just before I connected with you I was doing a powerpoint with driving notes. I was doing everything with very small details. I try to get as many details as possible, so when I arrive at a track I can get going as quickly as possible.

I like to be involved in motor racing on the management side and have worked with many drivers. I had worked with a young American driver, Darren King. I took him to England a few times to test British Formula 3. I enjoy passing on to him what I know so we can cut his learning curve and help him. Throughout my career, I learned from my mistakes. I enjoy passing on to persons what I know from this career. My nephew started racing in Brazil at age 9, that’s actually the age I had also started racing. I went there 2 weeks ago to help him in one of the races; the whole family was there to support my nephew.

Q12 – Did you actually give either of these guys (Nephew and Darren King) the ultimate prayer for winning everything?

If they win I feel like a winner also. When they do well I cheer and get extremely happy. That feeling is the same when I win a race and that’s a very satisfying thing.