#12: Renger van der Zande – How you can have nothing but create something 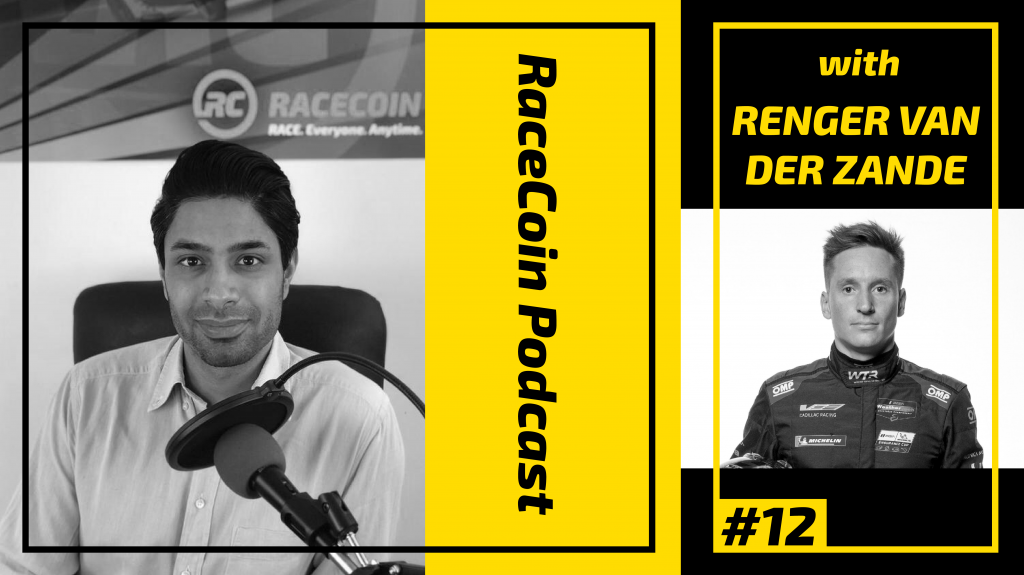 Q1 – How did you start your journey and get noticed?

Q2 – What was it like to be on the podium and experience of it all?

Sometimes you do a race – it’s where you do well and nobody sees it. And sometimes you do ok but someone sees it and it’s a highlight of the website and motorsport news media. LMPC sometimes people didn’t see it, it just depends when you get noticed.

Q3 – The right team the right people around – how do you find these people?

Finding the right co-drivers you don’t get any say. For example – Honda decides. It really depends on the no. of drivers, the situation, how long you’ve been with them, etc. Sometimes the manufacturer decides.

Q4 What does it look like behind the scenes when it comes to team building?

Jordan, for example, is great. He and I have a great relationship. We speak on the level, respect, openness. No question of is he going to take it the wrong way. Honesty matters – if somebody feels attacked – you will have big problems.

Q5 – What’s the best advice you ever received?

Believe in yourself. Being clever on track – making the right choices on the track. A 17-year-old Renger van der Zande is coaching atm who is in LMP3 – reminding him – helps to remind me. And you learn from yourself. It’s something that you should always have. Have coaches for various aspects of life. Try to get as much information as you can and then filter it for yourself.

Q6 – How has the industry changed over the last 10 years?

It was about staying with 1 manufacturer and hoping they were nice to you but now with everything being open and information being free to access – from SM and quickly connect with people. It has allowed us to create more chances – so I like to be with different manufacturers, different teams. Of course, if you are in F1 and if you are Fernando Alonso for example. If you want to do as much as you want and as much as you can. Back when I was in F3 I was serious about being in F1.

Q7 – What shifted you off that path?

In 2008, I got a contract with GP2 and a sponsor had to pay for it. And it was a blow to my career. I had to pay debts and with the financial crisis – it made life very tough. I was driving for free, didn’t get paid much in DTM, and in hindsight – it was a bad choice. It was all about marketing there. After that 2012, no drive, no sponsorship I started a company in racing insurance for people to insure their cars. This was a way back into racing as I was speaking to all those teams again about their insurances. They said hey – aren’t you driving anymore? And I said I’ve stopped but I’m happy to try. This way I managed to pay off debts and make money as a race car driver. It’s been a great learning curve.

Q8 – How did you get out of the debts mentally and create opportunity?

Q9 – Does this financial security, affect the way you race?

Yes. Now I’m looking at every race and seeing the crashes and assessing how much damage that will be. I had a big crash in Macau and a pile-up and 90% of the field. A lot of claims were going to come in that weekend!

With 2 kids – leaving the house it a lot harder. Weeks at a time is hard but I’m passionate about it. I get a lot of offers and I’m already racing – I have a business, and kids, I like to be busy and sometimes I have to say no. I love IMSA for the next 10 years.

Cadillac – we won Daytona with it. You need a good car for Sebring.

Q12 – What message would you like to leave the fans?

Thank you for being there. It’s amazing to see no matter the weather condition – it’s just fantastic to see the people involved.