How to climb the motorsport career ladder 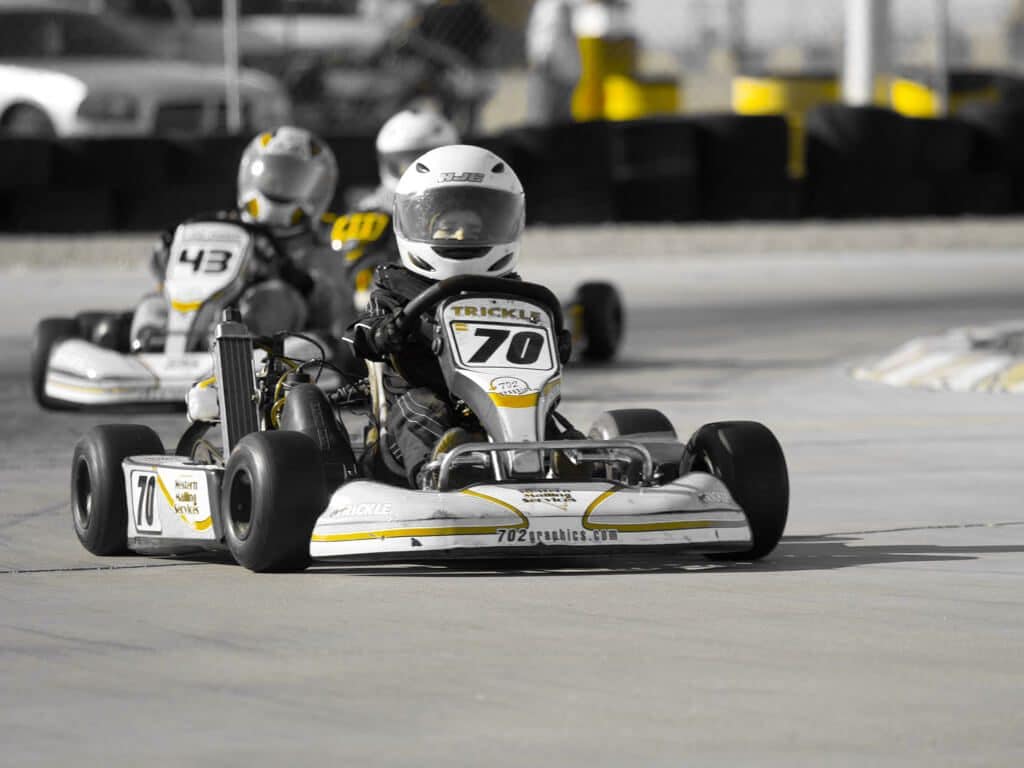 One of the best ways to climb the motorsport ladder on talent alone is to join a young driver program run by one of the Formula 1 teams or major manufacturers. Probably the best-known is Red Bull’s, which has produced many F1 drivers including Sebastian Vettel and Daniel Ricciardo, with the Toro Rosso team existing almost entirely to give the company’s young proteges a shot.

As it earns more success in F1, Mercedes has been increasingly active in supporting young drivers, helping Esteban Ocon and George Russell to make it to the top flight when neither had the finances to continue chasing their dreams. In Charles Leclerc, Ferrari has just promoted a product of its academy to a race seat for the first time, while Renault also has an expanding line-up of young prospects. The likes of BMW operate similar programs for their racing programs outside of F1.

While it is sometimes the case that money can help secure a place on such programs, most are keen to sign up any driver they consider to have the talent to make it to the top.

Supporting young talent is high on the agenda of any national sporting federation. Many, such as those in Britain or France, provide well-established training schemes for young drivers and hand-pick only the most promising talents each year to take part.

Some take it a step further and provide sponsorship or a funded drive, for example, Finland’s AKK. The country has produced more world rally champions than anywhere else, and AKK runs the Future Star contest every year to find the best young driver competing in the national two-wheel drive class. After a rigorous assessment, the winner gets a drive on Rally Finland. Teemu Suninen was the first winner in 2014 and is now competing at the highest level.

The French federation, the FFSA, was instrumental in helping both Sebastien Loeb and Sebastien Ogier go on to dominate rallying. In-circuit racing, Stoffel Vandoorne may never have started in single-seaters without winning a Formula 4 drive offered by the Belgian federation.

At the end of the season, the FIA Prize Giving is where all of the major championship trophies are collected. But there are several other awards ceremonies where the winners are decided not by championship points, but by fans, journalists or expert panels.

At the Autosport Awards, most of the gongs are decided by readers of the UK magazine, but the whole night builds up to the McLaren Autosport BRDC Award, which is a bit different. It’s decided after a two-day assessment at Silverstone between four young British drivers, with the judging panel looking at talent above anything else. The main prize is a short F1 test, but the recognition and publicity are perhaps even more valuable.

Some championships offer a scholarship or a free drive and run a shootout to find the most deserving recipient. Examples include the one-make series run by manufacturers such as Porsche and Ginetta, with both offering the possibility to climb their ranks into full factory drives. The Road to Indy shootout meanwhile provides the opportunity to get onto the ladder to IndyCar, with places available by winning one of the many affordable Formula Ford series around the world.

In 2018, the Winfield Racing School at the Paul Ricard circuit – known for producing the likes of Alain Prost, Damon Hill, and Jean Alesi – revived its scholarship, offering a season in French F4 as a prize. After three days of training, Brazilian driver Caio Collet was chosen as the winner and went on to claim the French F4 titles this season.

A new opportunity for female drivers in 2019 is the W Series, where all 18 seats will be free of charge, with the best drivers to be selected from a shortlist of 55.

The concept has divided opinion but at least it’s out there – creating more opportunities for drivers to move forward. And that’s what RaceCoin is all about too: providing a visible platform for motorsport stars to show their talent and fuel their passion.